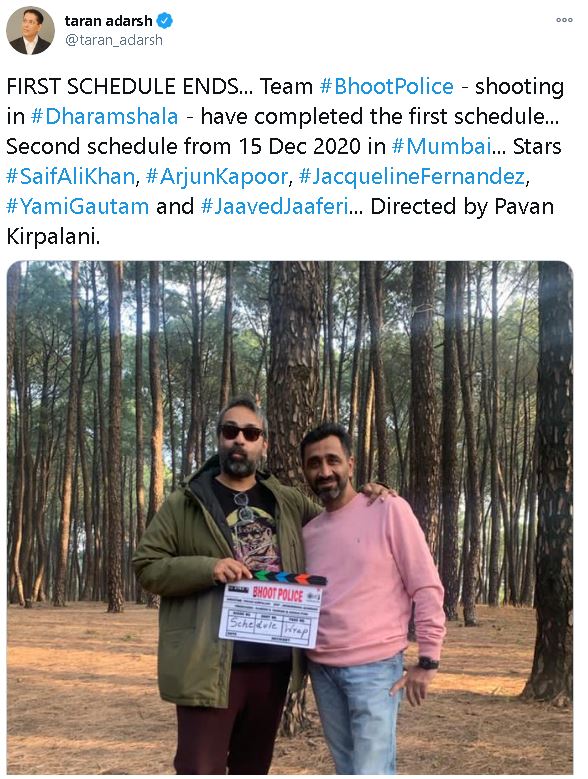 He also announced that the second schedule of the film will be shot from December 15, in Mumbai.
"Second schedule from 15 Dec 2020 in #Mumbai... Stars #SaifAliKhan, #ArjunKapoor, #JacquelineFernandez, #YamiGautam and #JaavedJaaferi... Directed by Pavan Kirpalani," added Adarsh.
Directed by Pavan Kirpalani, 'Bhoot Police' is being produced by Ramesh Taurani and Akshai Puri. The makers had earlier announced that the movie will be filmed in Dharamshala, Dalhousie, and Palampur. (ANI)