'Audit Has Become A Commodity' 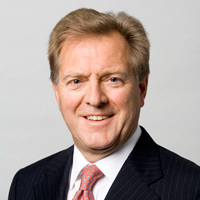 08 November, 2014
Print this article Font size -16+
Geoff Barnes, CEO of Baker Tilly International — the eight largest accounting firm in the world — talks about the global accounting environment, the need to implement IRFS and how the audit profession will evolve over the next few years in an interview with BW|Businessworld's Abraham C. Mathews

India has been in the news for being one of the main voices against mandatory International Financial Reporting Standards (IFRS), having being sitting on its implementation for several years now. How does the global accounting community see India and its objections?
We are in an environment where we work in a global market place. That market place requires accounts, and financial statements to be structured using one formula, a set of standards. In that context, it is disappointing to see that the Indian accounting community, as is the American accounting community, is pushing back on an implementation date on reporting standards. It is disappointing not just from a boring auditor perspective, but it would seem we are living in a world where countries should be looking to attract investment, and any obstacles placed by countries in the way of that strategy seems to be disappointing. Indeed, there are many countries today not complying, but India is the biggest outside of the US, not just because of population, but India is a major international player, and investors would expect to see companies in which they are investing to have their financial statements prepared using a global set of standards.

But India's main opposition seems to be to Fair Value accounting (as opposed to historical cost, where value of assets are not written up to reflect current market value. The argument is that it becomes a tool in the hands of scrupulous promoters who want to pump up their balance sheets), which is integral to IFRS; the argument is that it will allow promoters to disguise creative accounting in the guise of marking up to fair value.
No one is suggesting implementation of IFRS is going to be an easy transition. But if you end up with everybody opting out, where are the standards. And different countries do have to make a quantum leap in this. There is little point in having standards with opt-out provisions. So we have India saying that it wants to opt out on fair value accounting, and some other country wants to opt out of leases, how will we have a unified set of standards that everybody is familiar with?

Where do you think is the accounting profession going to be five years down the line, how does it have to evolve?
The fact of the matter is that published accounts for stakeholders are too complicated. We're professional accountants; they're complex even for us to understand. There has to be radical changes in the way in which accounts are put together. For example, BP; their share options note runs into 12 pages. Who is going to read that, to take a decision?  It is complying with a number of requirements. I see a simplification process needed, and it is being looked at by many countries. And that will percolate through international reporting standards. Accounts will have to be simplified for everybody. Not just shareholders, but also other stakeholders like credit rating agencies, and so on.

But how do you simplify the current reporting framework?
If you look at a set of accounts now, it runs into hundreds of pages, we have to stand back and look at what are the obligations and who is it for. I think the regulators should be harmonising much more. But accounts are being prepared to comply with several regulatory requirements, and that needs to be standardized. You got to remember that 97-98 per cent of the businesses in the world are owner managed businesses; they don't need hundred pages of financial notes to enable them to run their business to give them the comfort to run their businesses.

Auditing is now the profession that nobody wants to touch. It is the first to take the blame; few people want to get into it as a career. What is to be done?
One of the things we need to tell the public is what it is we as auditors do and what it is we don't. People think that if a company is sued, it is the auditors' fault. All Companies Acts globally place responsibility for preparation of accounts firmly on directors. Our responsibility is to audit them. Is the audit brief wide enough? There is talk in Europe to widen the audit brief to include discovery of fraud. But we are not looking for fraud when we do an audit, we might find it, but it is not our main objective.

But what can be done to give more comfort to shareholders, seeing that auditors are their only assurance to the authenticity of their numbers? Is there need for more regulation, or does the profession itself need a revolutionary change?
Let us say things started to change when Enron collapsed. Till 2002 internationally, we were a self regulated profession, Enron brought in the PCAOB and after that we became a non self regulated profession. And we as a profession internationally embraced that very well. Frankly, we were able to grow. Of course, during that period we had a number of frauds, even in India. You will always have frauds when human beings are involved. You will never ever be able to stop that. But the way I look at it, out of every 1000 reports, 999 are trouble free, as an example. This is not the time for castigating the audit profession. There is nothing endemically wrong with the audit profession.

However, this has left the audit profession struggling for breath. Fees, keeping clients all seem to be a struggle, not to mention higher degrees of conflict in interest…
Most firms, particularly the Big 4, see audit fees as an aggregate of their total revenues dropping. There are a lot of reasons for that; Right or wrong, audit has become a commodity, and like all commodities, people shop around for the best price. So client loyalty is not what it was. You have to be up to scratch, just because you did an audit for twenty years, there is no guarantee you will keep getting the service n the 21st year.

Isn't that also a function of falling standards?
Clients expect that our standards are not compromised, nor will we compromise. Globally the profession is built on very high ethical level, that's not going to change. The fact that we have to provide that at a lower cost means we have to structure our business in a different way. So I think we got a situation where audit fees are falling off. They are not going to disappear, but it is viewed as a commodity. That is a challenge and we will deal with it. The other challenge is that many firms are finding it difficult to retain audit managers to become audit partners. That's an international phenomena. While young people, we demand the brightest of talent, these kids are coming into a profession that is dominated by software change, and what the big firms are finding is that software is replacing brain power.

But with more lucrative avenues opening up in consulting and advisory are we not going to see audit firms moving there? Especially with more regulatory pressure on audit firms to not give other services globally.
We are now seeing our member firms being asked to do much more consulting with their audit clients. Our revenues are currently $3.3 bn, out of which 52 per cent came from audit, 28 per cent from tax 20 per cent from consulting. That portion is growing and that is where the market is. All accounting firms today offer consulting and that is not going to change.
Tags assigned to this article:
exclusive to web news 5 interview abraham c mathews corporate fraud ifrs accounting auditing geoff barnes baker tilly