New Delhi [India], January 26 (ANI): Assam tableau at the 72nd Republic Day parade on the Rajpath here depicted the rich beauty of tea gardens of Assam.
The tableau on the front side depicted woman plucking tea leaves from a garden. The centre of the tableau depicted a group of workers plucking tea leaves while a group of young ladies of the Tea tribe community performed Jhumur dance.
Jhumur is an Indian folk dance famous among tea-garden community of Assam. 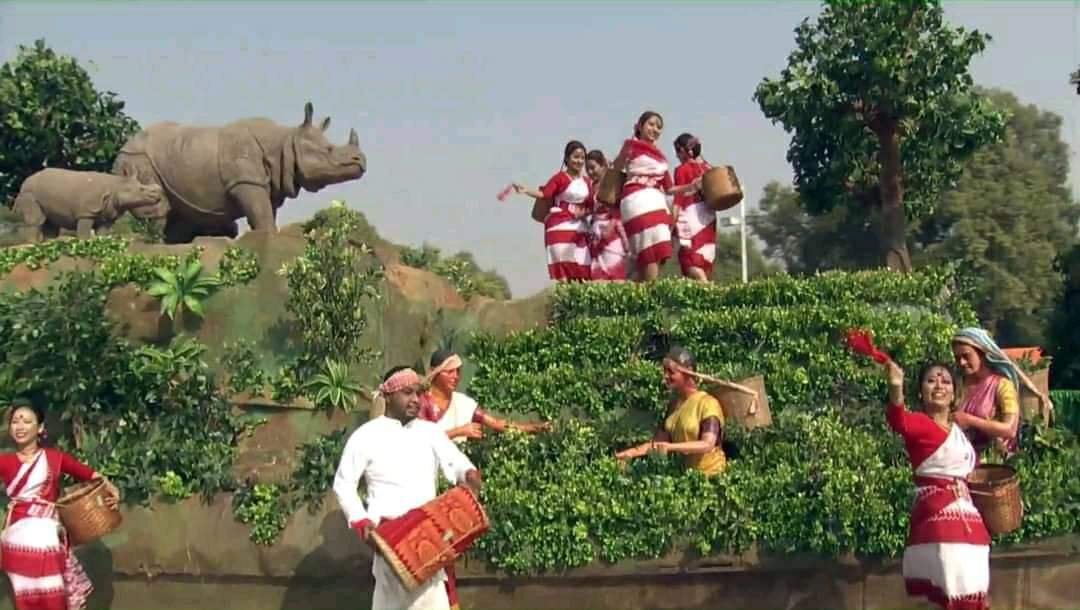 The tableau towards the rear side depicted a group of one-horned rhinoceros, the state animal of Assam. The UNESCO World Heritage Site, the Kaziranga National Park, located at central Assam, is known globally for its one-horned Rhinoceros population.
Tea-garden community is a multi-ethnic group of tea garden workers and they are officially referred to as "Tea-tribes" by Government of Assam. The livelihood of over 10 lakh tea tribe families is directly dependent on the tea industry. 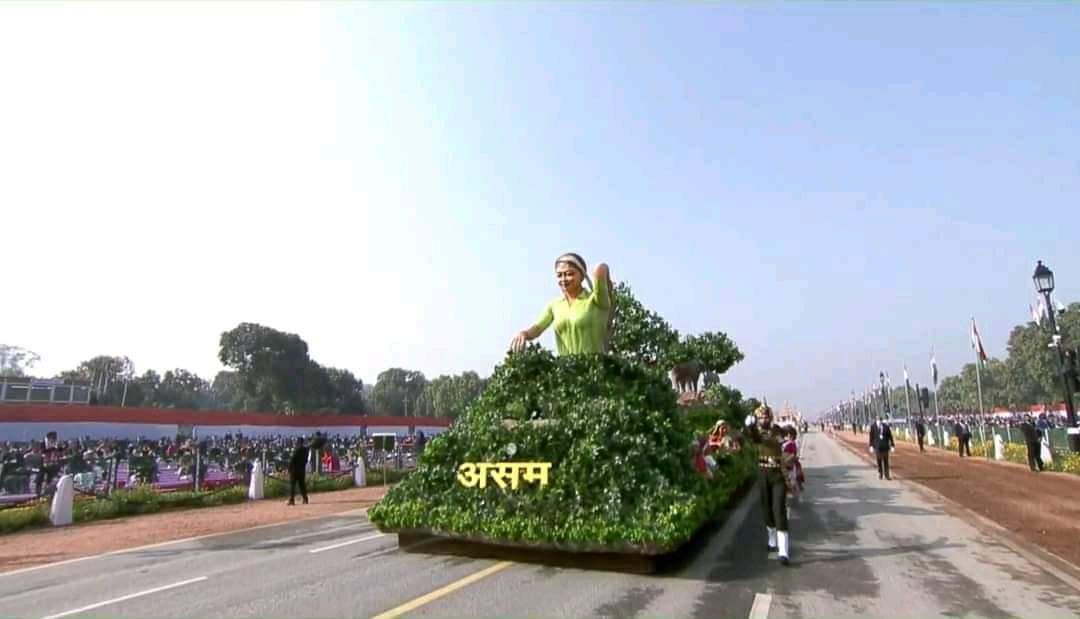 The tea industry in Assam is about 172 years old. Robert Bruce in 1823 discovered tea plants growing wild in upper Brahmaputra Valley. Subsequently, for tea plantations in Assam, a company known as the Assam Company was formed in 1839 and the plantations expanded quickly.
The state of Assam is the world's largest tea-growing region producing about 650 million kg annually and commands significant share in the world tea market. There are over 800 big gardens in Assam contributing largely to the state economy. Tea has also been declared as the 'state drink' of Assam. (ANI)