'Abolish Tax On Income Up To Rs 3 Lakh' 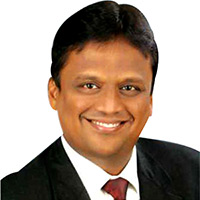 08 November, 2014
Print this article Font size -16+
The revenue of the Government of India is sourced through taxation, be it direct taxes/indirect taxes at central / state level.ICAI appreciates, the much required shift, from manual to electronic regime and formation of specialised cells like Centralised Processing Centre (CPC), Bengaluru and CPC(TDS). ICAI has been making constant endeavours to bridge the gap between the taxpayers and the Department.

Further, in line with the recommendations of the Standing Committee on Finance with regard to Direct Taxes Code, 2010, ICAI has suggested upward revision of the tax slabs specifically exempting persons having income up to Rs 3 lakh. Also, considering the inflationary conditions prevailing in India, rationalisation of the other monetary limits such as limit u/s 80C, medical expenditure u/s 80D, transport allowance, children education allowance and the like has also been suggested.

Even though the Cost inflation Index as on date i.e. 1024 has almost doubled since 2008-09 i.e. 582, the other monetary limits (as mentioned above) have hardly witnessed any change. Enhancement of the basic exemption limit for wealth tax from 30 Lakhs to Rs. 1 Crore has been recommended.A breather in this regard is the need of hour and is the expectation of the common man. No doubt, this will enable more disposable income in the hands of the tax payer leading to savings/investments.

Abolition of surcharge imposed by the Finance Act, 2013 i.e. 10 per cent on an individual with total income exceeding Rs 1 crore and for corporate (domestic companies), surcharge at the rate of 10 per cent only if, the total income exceeded Rs 10 crore has been recommended since as per the speech of the then Finance Minister it was intended only for the year 2013-14.

Since it is unlikely that the individuals would keep their entire savings in a savings bank account, which earns a much lower rate of interest as compared to term deposits, ICAI has suggested inclusion of all types of deposit interest within the ambit of section 80TTA, which is presently available only in case of saving bank interest.

Simplification and tax certainty is a necessity for improvisation of the investment climate in India and the new Government is expected to take some positive steps in this direction.  ICAI has,in this regard suggested that Retrospective amendments shall not be made wherever the question of law has already been decided. Some respite with regard to retrospective amendments is also expected.

ICAI has also suggested that a deduction of the expenditure incurred by corporateson community / social development (both capital and revenue) be introduced, specifically covering critical areas like education, health, animal husbandry, water management, women empowerment, poverty alleviation  and rural development. Even in cases where a company has its own trust or foundation, the deduction in respect of expenditure incurred for corporate social responsibility (CSR) activities should be allowed. Such expenses, however, should be subject to a limit say 5% of total income.Since corporates will be sharing the responsibility of the Government for improvising social measures, the Government in turn is expected to provide relief from tax to CSR expenditure.

The above is just a glimpse of the wish list of ICAI’s Pre-Budget suggestions. The entire Pre-Budget Memoranda has been hosted at ICAI’s website. Despite the fact that the government has intended to take tough financial decisions to put the country on the path of good fiscal health, the optimism for ‘tax payer” friendly budget has not vanished completely. Like everyone, ICAI is also quite hopeful that the budget this year would be ‘tax payer’ friendly budget.